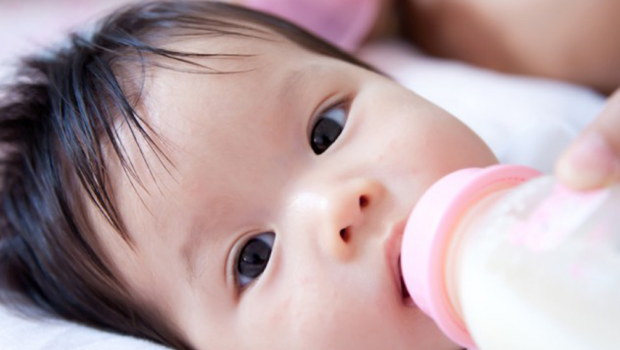 Oxygen saturation is lower during bottle feeding than during breastfeeding in preterm infants. Our objective was to compare two different bottle systems in healthy preterm infants before discharge in terms of SpO2 and oral feeding efficiency (rate of milk intake). Infants without supplement oxygen needs were evaluated twice on the same day during two consecutive feeds, by the same nurse. Infants served as their own controls for comparison of two systems of bottles, the order of which was randomized. The new bottle’s nipple design mimics mom’s breast in shape and feel, and the bottle vents to air when the child sucks on the nipple. The other system was the hospital’s standard plastic bottle with silicone nipple. The rate of milk intake was calculated as the total volume transferred minus volume lost divided by time of feeding,mL/min. Thirty-four infants (BW: 1, 163 °æ 479.1 g) were studied at 35.4 °æ 1.3 weeks after-conception. SpO2 was significantly higher in infants fed with the new bottle design. Milk intake rate was significantly higher with the new bottle than with the standard bottle design. The new bottle design improves oral feeding performance in preterm infants near to discharge when compared to that of a standard bottle.